For the first time, a PhD thesis from Università degli Studi di Trieste has been published by Springer Nature in the prestigious “Springer Theses” series. The work, titled “X-ray Phase-Contrast Tomography - Underlying Physics and Developments for Breast Imaging”, has been carried out by Doctor Luca Brombal from the Department of Physics and it deals with advanced X-ray imaging techniques for breast cancer diagnosis. The book summarizes the most recent achievements in the context of the SYRMA-3D (SYnchrotron Radiation MAmmography) project, funded by Istituto Nazionale di Fisica Nucleare (INFN) and Elettra Sincrotrone Trieste. Making use of the special features of synchrotron radiation and employing a state-of-the-art imaging detector, the project’s purpose is the clinical implementation of breast-dedicated computed tomography (CT) aimed at early breast cancer detection, which is of paramount importance for effectively treating this pathology.

The series “Springer Theses” brings together a selection of the very best Ph.D. theses from around the world and across the physical sciences. Doctor Brombal’s thesis has been selected on the basis of its scientific excellence and the high impact of the research, which makes important contribution to the optimization of X-ray tomography using synchrotron radiation and adds to the weight of evidence supporting the transition of phase-contrast imaging from synchrotrons to hospitals.

Thanks to its large network of research institutions, Trieste offers the ideal opportunities for the development of excellence and interdisciplinary projects. In his research, Doctor Brombal collaborated both with physicists working at University, Elettra and INFN, and with radiologists and anatomopathologists of the University Hospital ASUGI - Azienda Sanitaria Universitaria Giuliano Isontina.

Images generated with radiological equipment commonly found in the hospitals depict the X-ray absorption properties of the investigated organ. Unfortunately, the tissues composing the breast have similar absorption properties, thus making it hard to identify potential malignant lesions. In this context, by using non-conventional techniques developed within the synchrotron community and falling under the name of “phase contrast”, tiny deviations (i.e. refraction) of the incoming X-rays, in the order of some ten thousandth of degree, can be detected. These effects, referred to as “phase effects”, allow a major increase in the soft tissue visibility, possibly improving the diagnostic performances. The target of the SYRMA-3D project is the integration of one phase-contrast technique, namely “propagation-based”, with CT imaging. This allows a 3D depiction of the internal structure of the breast, also avoiding the discomfort due to breast compression encountered in conventional mammography.

The book includes a comprehensive theoretical background on propagation-based phase-contrast imaging, exploring and extending the most recent image formation models. Along with theory, many practical implementation and optimization issues, ranging from detector-specific processing to setup geometry, are tackled on the basis of a large number of experimental evidences. Despite being focused on the breast CT, most of the modelling results and data analysis have general validity, being a valuable framework for optimization of phase-contrast setups.

Synchrotrons are large and expensive infrastructures designed for research purposes. Their use for clinical applications therefore requires a strong justification: synchrotron-based studies must show superior performances if compared with a smaller scale equipment which can be fit in a hospital. In this context, in collaboration with the Radboud University Medical Center (Nijmegen, The Netherlands), a first-of-its-kind comparison with one of the few hospital breast CT systems available worldwide has been carried out, demonstrating the superiority of synchrotron-based images.

Additionally, thanks to the collaboration with the University College London, the book reports state-of-the-art results obtained in the field of phase-contrast micro-tomography based on a conventional X-ray generator in the context of pre-clinical research.

The published thesis sheds a light on the importance of synchrotron-based clinical programs, which can be the key for reaching the critical mass of experienced scientists and medical doctors that is needed to trigger the long-anticipated transition of phase contrast from research to hospitals. Moreover, this research, as well as many others, shows that the synergy between institutions is the best way to achieve high-quality scientific results, potentially bringing major benefits to a large number of people. 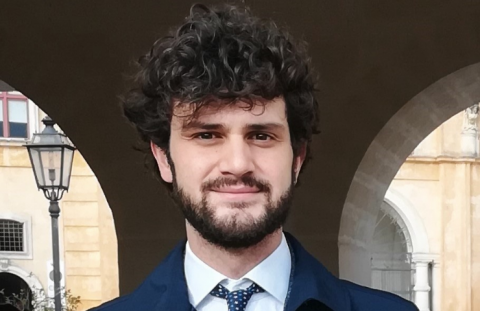