The University of Trieste and the National Institute of Optics of the CNR gave the first public demonstration of an intergovernmental quantum communication: during the G20 in Trieste, an encrypted audio-video communication was established with Slovenia and Croatia using quantum technology

On Thursday 5 August, in Trieste, during the Digital Ministers' Meeting of the G20, there were the first public demonstration of an intergovernmental quantum communication between three Countries - Italy, Slovenia and Croatia. This is the first quantum transmission between three nodes (Trieste, Ljubljana and Rijeka) situated at a crow-fly distance of 50 and 80 km.

At the end of the official greetings between the institutional representatives, three musical quartets performed a piece in each of the three Countries, still exploiting the quantum cryptography established for the demonstration. The musical performance was realised thanks to the collaboration of the Trieste Conservatory "Giuseppe Tartini" together with the Academies of Music of Ljubljana and Zagreb.

The demonstration was particularly relevant in view of the future quantum communication infrastructure (EuroQCI) promoted by 27 Member States and by the European Commission with the support of the European Space Agency. Italy is contributing to EuroQCI through its research centres.

Quantum communication meets the need for secure communications, a priority for all governments worldwide. This technology achieves higher security levels thanks to the special functioning of the encrypted quantum access 'keys', which are only available to those involved in the communication. Quantum keys are sequences of random numbers that are generated remotely through the exchange of photons. If a hacker attempts to intercept this key they immediately leaves a trace that allows the intrusion to be detected and immediate action to be taken against any threats to confidentiality during the exchange of audio and video messages.

The demonstration was organised by Prof. Angelo Bassi of the Physics Department of the University of Trieste and the Quantum Communications group of the National Institute of Optics (CNR-INO) led by Dr. Alessandro Zavatta in the framework of the ‘Quantum FVG’ project funded by the Autonomous Region of Friuli Venezia Giulia. The technical implementation was carried out with the help from Davide Bacco, of the Technical University of Denmark (DTU) and from the Italian quantum telecommunication farm QTI - born as a spin-off of CNR - with the support of  TIM and Sparkle, that provided the fiber optic cables, and Lightnet.

On the Croatian side, the 100.5 kilometer long quantum link between Trieste and Rijeka (in Croatia) was extended from Rijeka to the Croatian capital Zagreb via a quantum enhanced communication, a first publicdemonstration of that kind, enabled by collaboration between Croatian academia and industry.

For Slovenia, Prof. Rainer Kaltenbaek and Anton Ramsak from the Faculty of Mathematics and Physics of the University of Ljubljana participated in the organization, with the technical support of Telekom Slovenije. For Croatia, Prof. Mario Stipčević and Martin Lončarić from the Ruder Bošković Institute in Zagrabria participated, with the technical support of OIV and Stelkom.

“Our University is located in a city that represents a strategic node for extending the quantum network towards Northern and Eastern Europe, says the Rector of the University of Trieste, Roberto Di Lenarda. We are very proud to contribute to this project, which shows the cutting-edge nature of Italian research in this crucial sector for guaranteeing security in communication between Countries".

"These technologies are the result of years of basic research carried out by CNR, thus confirming that the technology-transfer chain always starts from fundamental research, adds CNR president Maria Chiara Carrozza. This is an aspect that we must never underestimate, as the experience of pandemics and vaccines also teaches for therapeutic translation."

Quantum technology guarantees very high security levels, explains Professor Bassi, precisely because it solves the problem of securely 'delivering' encrypted keys to the communication actors. With other techonolgies, intercepting the copy of the transmitted key allows to duplicate it without the sender or the recipient being any the wiser - thus compromising the confidentiality of the communication. With quantum keys, on the contrary, this is impossible.”

Today we are laying the foundation stone, so to speak, of a new European construction, explains the president of the European Quantum Community Network, Tommaso Calarco. The crowning achievement of the research carried out during the first phase of the Quantum Flagship is offering all European citizens an infrastructure to protect the privacy of their data with unprecedented security, guaranteed by the laws of nature."

The experiment was also made possible by the contribution of the Municipality of Trieste. 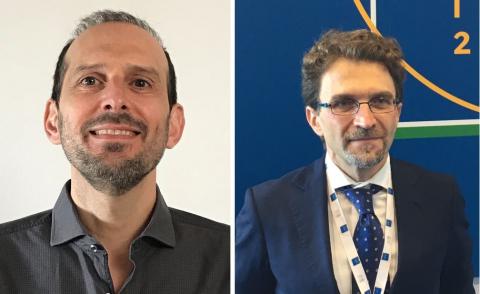