The Rector of the University of Trieste, Prof. Maurizio Fermeglia, announces with great satisfaction the latest data from the research Almalaurea, during the event Job@UniTs 2019: "our employment rate - says the Rector - is 90.8% 5 years after graduation, compared to a national figure of 85.5%, the average salary is 1,550 € against 1450 € of the national average.

The Consorzio Interuniversitario AlmaLaurea presented, in fact, Thursday, June 6, 2019, the XXI Report on the Profile and Employment Condition of graduates at the Conference "University and Labour Market" at the Sapienza University of Rome.

THE PROFILE OF THE GRADUATES of the University of Trieste

In 2018, 2,977 graduates from the University of Trieste were involved in the 21st Report on the Profile of Graduates. These are 1,681 first-level, 767 two-year and 508 one-cycle master's degrees; the remaining are graduates of the pre-reform course in Primary Education Sciences or other pre-reform courses.

In the following data, for the sake of synthesis, the data relating to first level graduates and two-year master's degrees are reported.

One of the strengths of the University of Trieste is the percentage of graduates of foreign citizenship: a total of 6.3% (5.7% among the three-year period and 7.2% among the two-year term). The Trieste figure is higher than the national average of foreign citizenship graduates: the total is 3.5% (3.1% of the three-year period, 4.6% of the two-year magistrals).

The number increased compared to last year, when the overall percentage of foreign citizenship graduates was 5.9%.

The University of Trieste is also attractive from outside the region: 38.3% of graduates come from regions other than Friuli Venezia Giulia; in particular, 37% of the three-year period and 46.3% of the two-year period.

64.9% of graduates have completed internships recognized by their course of study: 63.9% among first level graduates and 71.4% among two-year masters (a figure that rises to 85.7% if we also consider those who have only completed it in the three-year period).

SATISFACTION FOR THE UNIVERSITY EXPERIENCE

In order to analyze the satisfaction for the university experience just ended, Almalaurea has chosen to take into consideration the opinion expressed by the group of graduates on some aspects. 86.7% of the graduates declared themselves satisfied with the relationship with the teaching staff and 83.6% considered the study load adequate for the duration of the course. With regard to the infrastructures provided by the University, 74.9% of the graduates who used them consider the classrooms to be adequate. More generally, 87.5% of university graduates declared themselves satisfied with the university experience as a whole.

The EMPLOYMENTAL CONDITION OF THE GRADUATES of the University of Trieste

By isolating the three-year graduates of the University of Trieste who never enrolled in a degree course after their degree (35.5%), it is possible to investigate their employment performance one year after the degree was awarded.

The employment rate (according to the definition adopted by ISTAT, also those engaged in paid activity, training or work are considered employed) is 74.5%. 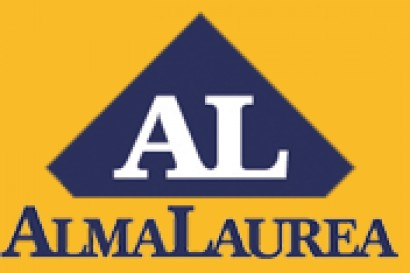